The Eagles are coming!

The WeatherTech International Challenge with Brian Redman will return on July 14-17, 2022. A mid-summer classic including everything from a special Concours on Friday and Saturday along the streets of Elkhart Lake and a special AAR Eagle racer reunion makes the 2022 event a
can't miss spectacle for any racing enthusiast.
from Road America Press Release.

ROAD AMERICA recently announced that the AAR Eagle would be the featured marque of the 2022 WeatherTech International Challenge with Brian Redman. Widely known as one of the largest vintage racecar gatherings in the United States, featuring over 50 classes of cars racing in several groups, The WeatherTech International Challenge with Brian Redman will return on July 14-17, 2022. A mid-summer classic including everything from a special Concours on Friday and Saturday along the streets of Elkhart Lake and a special AAR Eagle racer reunion makes the 2022 event a can’t miss spectacle for any racing enthusiast. “This event has become an annual tradition for hundreds of racers, enthusiasts, and thousands of fans every year,” said George Bruggenthies, Senior Consultant for Road America. “We are extremely proud to announce that the event will pay tribute to the AAR Eagle as we honor Dan Gurney’s All-American Racers creation and the lineage of racers and champions who drove these beautiful machines. Road America is poised to usher in the celebration with a racer’s re- union, races for club and pro series–vintage, historic and contemporary racers; a Concours with expert and people’s choice awards, track touring, parade laps, and a vendor marketplace, making the 2022 WeatherTech International Challenge with Brian Redman an event that everyone of all ages can enjoy.” Having the AAR Eagle serve as the featured marque for 2022 is a fitting tribute for the event as Eagles have raced at the fabled four-mile 14-turn circuit since the ’60s. Since its inception, Dan Gurney’s All-American Racers established itself as one of America’s most successful race car constructors, amassing wins in series as diverse as sports car, Formula 1, and INDYCAR. Between 1965 and 2012, the company produced 106 Indy Eagles, and by 1973, just eight years after the first Eagle flew at Indy, nearly 60-per- cent of Indy 500 teams ran the Eagle chassis. Many racers have taken on the competitive challenges of Road America’s challenging 4-mile, 14-turn road course through several professional racing series SCCA club racing, and various vintage racing series’ piloting Eagles, and the tradition continues to this day.

The above announcement from the articles and news page on
Dan Gurney's All American Racers website.

We're pleased to announce Justin Gurney, on behalf of All American Racers, has committed to bringing four cars out of AAR's private museum to be at the event.

Some of the additional Eagle cars planning to attend.
click on the photo to enlarge.

Dan Gurney won the 1967 Formula One Grandprix at Spa-Francorchamps in the Eagle T1G on June 18, 1967, It currently is in
the Revs Institute Museum.

Bobby Unser won the rain shortened 1975 Indy 500 in this car. Serial Number 74004 and is currently in
the Revs Institute Museum.

From the movie "Winning" the 1967 Eagle AAR #210 will be coming from the collection of Scott Borchetta.

1972 All American Racers Eagle #7228
Owned by Rick and Alison Dresang.
Photo by KMPR

1981 All American Racers Eagle #8101
Owned by Rick and Alison Dresang.
photo by Trahan 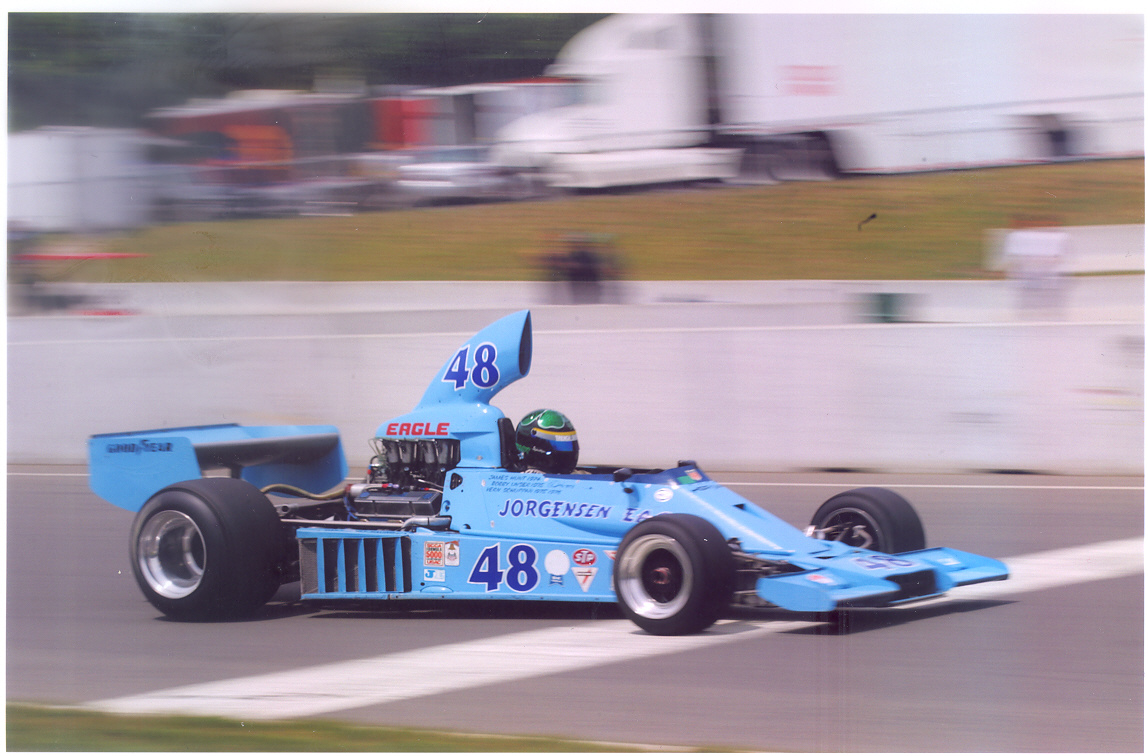 This very loud Gurney-Weslake is owned by Tom Kostrivas of the Throttlestop. Due to fire up at the ARR event several times on the weekend. 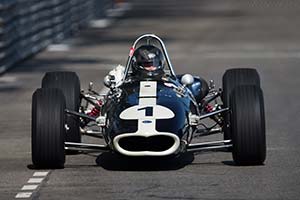 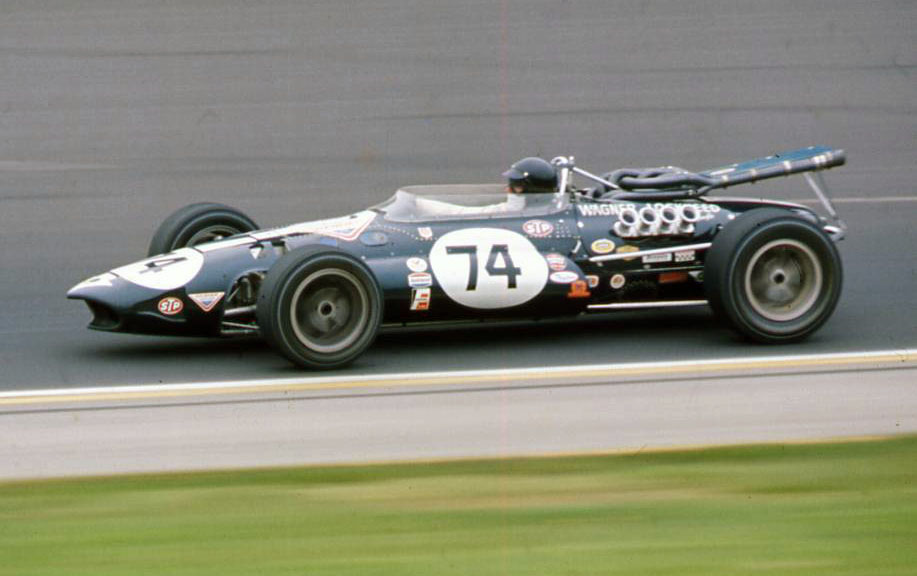